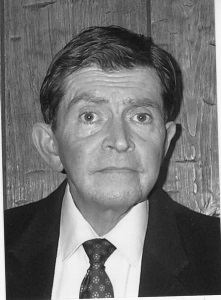 The VAB is sad to learn of the passing of VAB Hall of Fame member, Mike Donovan.

Mike began his career in broadcasting at WCCM-AM in Lawrence, MA. In 1966, he followed Al Noyes to WSNO-AM in Barre and was there nearly 50 years.

Throughout his career, Mike has worked as a Program Director, an Account Executive and a Sales Manager and made the transitions seamless. Before he retired in March of this year, he was selling for VOX AM/FM in Colchester. Ken Barlow says, “Mike was the consummate radio person.  He was a rare breed—-an excellent salesperson who had a thorough understanding and respect for programming.  He was someone that everyone liked to see walk through the door.  His community roots were deep and he was a wonderful family man.  Our Vermont radio community lost one of it’s best.”

Mike passed away Tuesday, July 28th. The VAB offers our sincere condolences to his wife, Olive, and all his family, friends and colleagues. The VAB will share any details about a memorial service as soon as they become available.