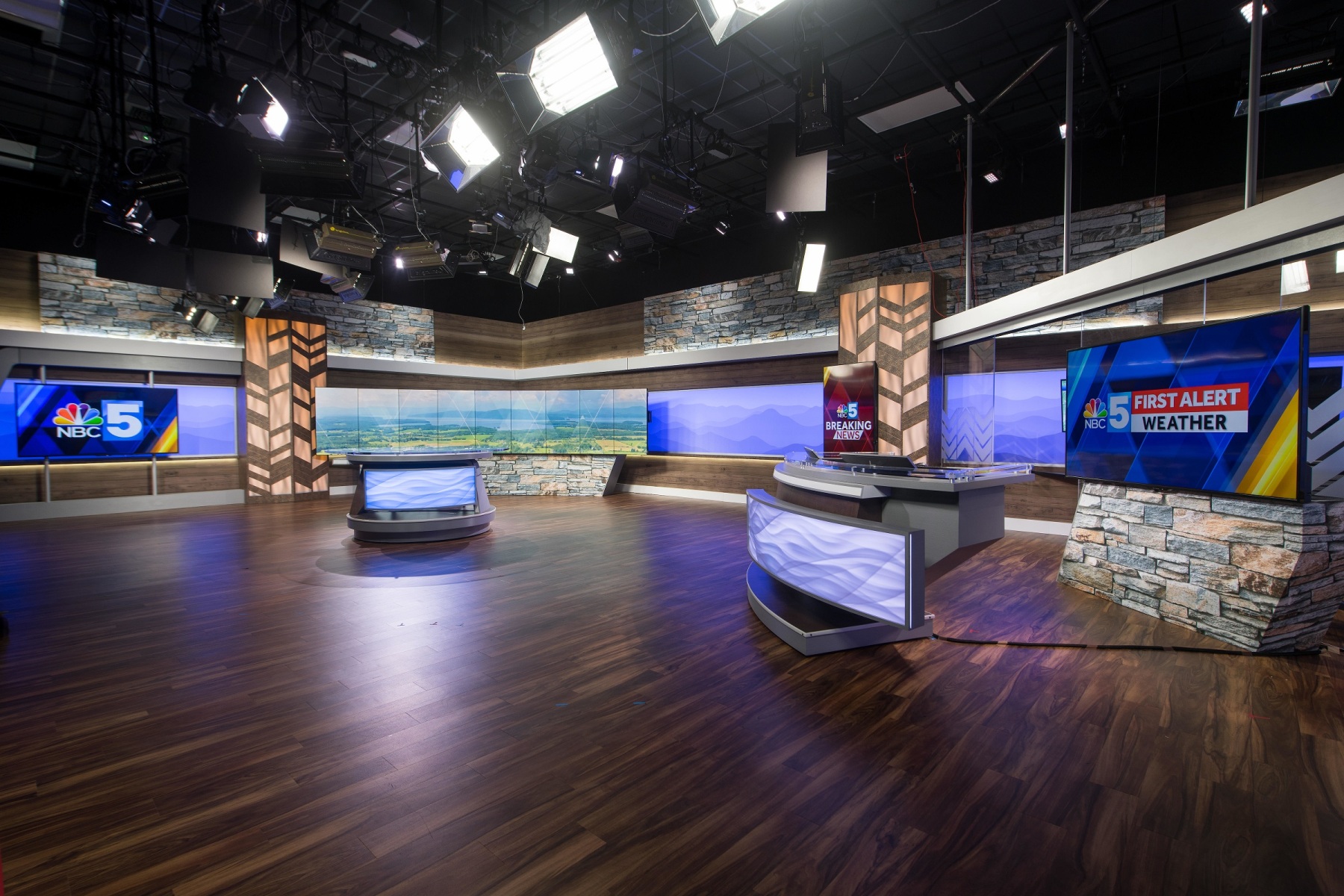 NBC5, The Valley CW & The Valley’s MeTV Have a New Studio!

NBC5, The Valley CW and The Valley’s MeTV are now broadcasting from a new all-digital facility in South Burlington!

According to GM Justin Antoniotti, their entire operation has been overhauled to give viewers a better picture and audio. The beautiful views of New York, Vermont and New Hampshire were used as inspiration for their new news set, which includes a 20-foot video wall in addition to multiple story presentation areas. Their meteorologists have a new First Alert Weather Center with new equipment to forecast the weather including their exclusive 5 plus 5 day forecast. They are also introducing First Alert Traffic.That’s real time traffic reports showing trouble spots and commute times.

One thing that hasn’t changed: the team of dedicated journalists at NBC5 News.

Viewers will still see Alice, David and Caitlin on weekday mornings as well as Brian, Stephanie, Stewart, Tom and Ken on weekday nights.

VAB congratulates the broadcasters at WPTZ and WNNE on their new facility!