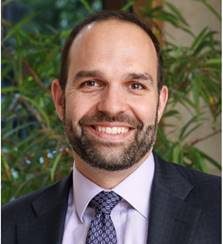 Eight Judiciary and Commerce leaders (Judiciary: Graham, Nadler, Feinstein, Collins; Commerce: Wicker, Pallone, Cantwell, Walden) have agreed on a STELAR package that is included in the year-end spending legislation that will be considered by the full House and Senate this week. This agreement permanently reauthorizes both the Judiciary and Commerce pieces of STELAR as modified and ensures that this will be the last satellite bill!

On the Judiciary side, the agreement includes a favorably modified version of Chairman Nadler’s distant signal bill (discussed in my earlier emails) that permanently establishes a narrowed distant signal license for RVs / truckers / short markets conditioned on the satellite provider offering local-into-local service in all 210 markets by May 31, 2020. There is no opportunity beyond May 31st for a satellite provider to obtain a waiver from this requirement. Further, Chairman Graham’s condition for signing off on this deal was a handshake agreement from the other corners that they will not attempt to revisit this in May.

On the Commerce side, the agreement mirrors the previous committee-passed House E&C bill that includes permanent good faith, cable billing transparency requirements (“true fees”), and a provision that allows certain MVPDs to designate cable buying groups to negotiate retransmission consent on their behalf with larger broadcasters without violating the good faith requirement. Specifically, this language allows an MVPD to designate a buying group to negotiate in good faith with a broadcaster whose national reach is greater than 20 percent, where the cable company has less than 500,000 subscribers and the buying group’s reach does not exceed 25 percent in any local market. Chairman Wicker continued to pushed over the final days to have this language broadened, but was ultimately unsuccessful.

WASHINGTON, D.C. — In response to the inclusion of provisions related to the expiring Satellite Television Extension and Localism Act Reauthorization in the FY2020 appropriations legislation (pages 1699-1708) released today, the following statement can be attributed to NAB President and CEO Gordon Smith:

“NAB strongly supports key pro-consumer provisions in the appropriations bill released today that address the expiring STELAR bill. Under this legislation, AT&T-DirecTV will be encouraged to finally serve all satellite TV subscribers with their local TV stations. The bill also ends the five-year renewal cycle of satellite TV legislation that has incentivized pay TV companies to deny carriage of broadcast TV stations during retransmission consent negotiations.

“NAB, local TV stations and our network broadcast partners thank the bipartisan leadership of the Appropriations, Commerce and Judiciary Committees in the House and Senate for their efforts to bring access to local broadcast television to every American. We are grateful to the many Members of Congress who have voiced their concerns with STELAR and made permanent these legislative reforms.”

Members of Congress previously submitting letters supporting the expiration of STELAR include:

Here is a little background:

Under the old STELAR law, satellite TV providers were permitted to pipe in distant broadcast TV network programming from an ABC, CBS, NBC or FOX affiliate from New York or Los Angeles into a local TV market rather than the local TV stations serving that community. The provision was originally intended 30 years ago to allow the nascent satellite TV industry to better compete with cable companies and overcome technological limitations.

Today, DISH carries all the local TV stations in all 210 TV markets in America after a 2006 court case found the company was illegally importing distant network programming into households that should have been receiving their local broadcast stations. DirecTV promised in 2003 to carry all local TV stations in every DMA, but currently has 12 markets where it refuses to carry local TV stations:

The provisions in the appropriations bill related to STELAR:

President Trump is expected to sign the appropriations bill into law later this week.

About NAB
The National Association of Broadcasters is the premier advocacy association for America’s broadcasters. NAB advances radio and television interests in legislative, regulatory and public affairs. Through advocacy, education and innovation, NAB enables broadcasters to best serve their communities, strengthen their businesses and seize new opportunities in the digital age. Learn more at www.nab.org.