After getting his start in radio on WJOY-AM (1230) and WQCR-FM (98.9) in South Burlington, Stewart Ledbetter launched his television career at WPTZ in 1984, serving as the station’s News Director through most of the 1990s. Although he has since returned to his first love of reporting on the street and anchoring, Ledbetter continues to serve as a leader and mentor. As the most experienced television news journalist in the state, Ledbetter sets the bar for ambitious, thorough and responsible reporting. He also is the longtime host of Vermont This Week on Vermont PBS in Colchester and a Distinguished Service award winner with both the VAB and the Vermont Associated Press Broadcasters Association.  Stewart Ledbetter represents broadcasting at its finest.

Roland Lajoie began his career in 1976 at WSNO-AM (1450) in Barre and went on to WRFB-FM (101.7) in Stowe, WDEV-AM/FM (550 and 96.1) in Waterbury and eventually WLVB-FM (93.9) in Morrisville, where he’s been the host of Vermont Country Morning since 1993. As WLVB’s Program Director, Lajoie believes in radio’s ability to build community. A tireless promoter of Lamoille County events, he has worked for years on Chris’ Turkey Challenge, which last year served 1,866 people Thanksgiving dinner. Lajoie volunteers for numerous non-profits and is a reliable friend to the Lamoille County region with his warm presence and true devotion to community.

As a teenager in the 1960’s, Dick Noble worked at WSYB-AM (1380) while still in high school. He left Rutland for a career in the U.S. Navy where he worked in radio, television and public affairs.  Noble returned to Rutland in 1984 to pick up his commercial radio career. As Program Director of WSYB-AM (1380) and WZRT-FM (97.1) in Rutland, Noble cultivated a culture of great promotions for fun music, award-winning sports, news broadcasts and fantastic production. Under Noble’s guidance, the WSYB Christmas Fund set records and not only changed the stations, but changed the town. Noble later owned WJJR-FM (98.1) before moving to Nebraska, where he became the General Manager of KZUM-FM (89.3) in Lincoln. He was a teacher, friend and cheerleader that believed being a broadcaster was the greatest job in the world. Dick Noble passed away in 2018 at the age of 74.

Making it into the VAB Hall of Fame is not the only accomplishment being celebrated December 7th. Five more broadcasters will be recognized with awards for excellence in their fields.

WCAX-TV News Anchor & Reporter Darren Perron will receive the VAB’s Broadcaster of the Year award. Though anchoring takes much of his time and energy, he remains one of the top investigative journalists in the state. Perron’s ground-breaking investigation into military burn pits in Iraq and Afghanistan this past year shined a light on the lasting health impacts to Vermont guardsmen and American soldiers from breathing in smoke from those fires. Perron’s stories helped spawn a congressional investigation and garnered a national Edward R. Murrow Award for Best News Series. This past year, Perron also led the WCAX news team to a first-ever New England Emmy for outstanding newscast. 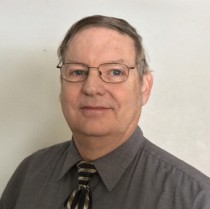 Newscast Director Tom Reed, who just retired after 37 years at NBC5, will receive a VAB Distinguished Service Award. Tom estimates he has directed 10,000 newscasts; during massive snow storms, ice storms, even a prison break. Often staying late and always willing to cover an extra shift, Reed goes above and beyond to do what’s best for the station. His calm demeanor and wealth of industry knowledge made him a well-respected and natural leader. An integral part of training countless staff and production crews, Reed remained ready to adapt to all kinds of changes in technology and personnel. In retirement, he is looking forward to much deserved sleep and free time.

For excellence behind the scenes, Vermont Public Radio’s Director of Operations Victoria St. John will receive the Snyder-Teffner Award. With 20+ years of experience, St. John is a respected and trusted member of VPR’s team and one of the key people responsible for the “Sound of Station”. In addition to nurturing projects such as a recent cross-department metadata initiative, St. John has brought talented, diverse people into VPR, ensures their voices are heard and that they have the tools and resources needed to do their job. She is the President of the Association of Public Radio Engineers, sits on several NPR committees and is behind the expansion of the Public Radio Engineering Conference.

Star 92.9 (WEZF-FM), WCPV-FM (101.3) and WXZO-FM (96.7) will receive the Alan Noyes Community Service Award in recognition of their annual Christmas is For Kids campaign. The three Colchester stations partner with the Salvation Army, who furnishes “Angel Tags”; Christmas wish lists of local children ages 2-17 in need of a hand up. The stations invite listeners to take an Angel Tag and fulfill the Christmas list of a local child, then deliver the donations to Salvation Army locations in Burlington, Plattsburgh and Barre. In 2018, they were able to fulfill Christmas wish lists for approximately 1,000 local children. The award is named for the VAB’s first Executive Director Alan Noyes.

For the first time ever, Vermont Association of Broadcasters is recognizing new talent with a “Rising Star” award. The first ever recipient is Jon Francois, host of the night show on Magic 97.7 (WGMT) in St. Johnsbury! According to his colleagues, Jon is hard working, takes on challenges with enthusiasm and is a team player who does extra work to keep things running smoothly. He spends extra time in the studio everyday doing production that brings a sense of quirky fun to his show. The time and energy Jon devotes to his job is proof he has the passion and exuberance to go far in this field.

For high resolution photos or more information about any of the award winners or the awards banquet, contact VAB Executive Director Wendy Mays at (802) 233-0296 or vab@vab.org